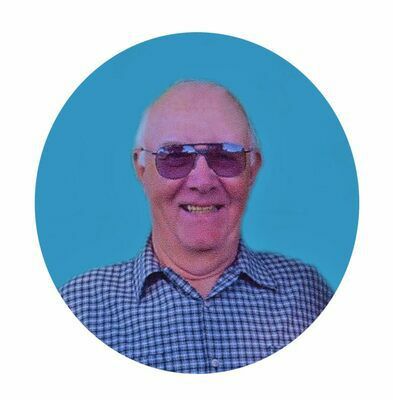 Funeral Services will be held at 10:30 AM, Friday, September 23, 2022, at the First Baptist Church, with Rev. David Hale and Rev. Shawn Bitner officiating. Burial will be in the Marlow Cemetery under the direction of Callaway-Smith-Cobb Funeral and Cremation Services in Marlow.

John was born Friday, February 4, 1938 in Doyle, OK, to Jess and Ruby (Davis) Maxwell. He was a 1956 graduate of Bray High School. John was also a graduate of Southeastern State, where he earned his Bachelor's Degree in Secondary Education. He lived in Stephens County all of his life and spent his time farming and teaching at Bray Schools. John married the love of his life, Carol Vaughn, June 1, 1961 in Vernon, TX. He and Carol celebrated more than 58 years of marriage together until she preceded him in death in March 2020. John was a member of the Oklahoma Coaches Hall of Fame and Stephens County Livestock Growers Association. He enjoyed fishing, quail hunting, and being around his cattle. John loved his family more than anything and enjoyed spending time with his family and friends. He will be deeply missed by many.

In addition to his loving wife, he was preceded in death by his parents.

In lieu of flowers, memorial contributions can be made to Bray Doyle Athletics.