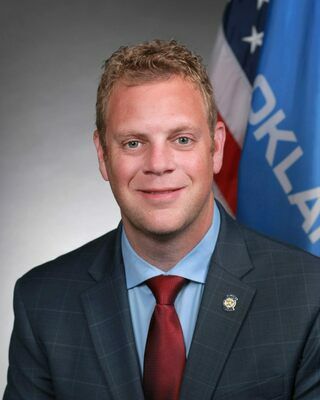 Every year, I like to provide an update on the Oklahoma Dept. of Transportation (ODOT) projects currently under construction or that are scheduled for House District 51.

In 2004, the Legislature began providing significant funding support after Oklahoma ranked 49th nationally for state bridge conditions. At the time, 17% of our state bridges were rated structurally deficient or in poor condition.

After nearly two decades of investment, Oklahoma now ranks fifth nationally for good state bridge conditions, placing us in the "top ten" for the third year in a row! As of last year, only 1% of our 6,800 bridges on the state highway system are considered structurally deficient.

The effort to improve the safety of our infrastructure is continuing. ODOT is making a $28 million annual commitment for the next five years to assist in improving city and county bridges through the federal Bridge Formula Program. This effort will target nearly 1,000 bridges on city and county roadways for scour mitigation.

ODOT is also targeting 5,300 miles of two-lane state highways with deficient shoulders, which account for 60% of all fatalities and serious injuries. More than 1,000 miles of improvements are scheduled in the current Eight-Year Construction Work Plan.

Nearly $8 billion in state and federal funds in the current Eight-Year Construction Work Plan will go to 1,657 state highway and bridge projects. Additionally, the ROADS Fund allocated $575 million in state funding for FY2022.

Below are scheduled projects in House District 51. Additional information on projects can be found on the ODOT website, ok.gov/odot, under “Programs and Projects.”

1. Grady Co. SH-19: A 4.2-mile section of this highway is scheduled for reconstruction beginning winter 2023 from Roaring Creek Bridge, through Bradley, ending at the Washita River bridge at a cost of $13 million.

2. Grady Co. SH-39: Reconstruction of this highway is scheduled to begin in October 2022 from the east side of the East Winter Creek Bridge, extending east to SH-76, with a cost of $11.3 million.

3. Grady Co. Chickasha Bypass: Grading and bridge projects for US-81 realignment could potentially be let in the 2023 program year. The two projects would cost $73.6 million and $18.3 million.

4. Stephens Co. Duncan Bypass: Asphalt resurfacing from US-81, extend west and north to Elk Ave, with an anticipated cost of $2.9 million.

4. McClain Co. SH-76: Right-of-way and utilities for a 4.5-mile section of this highway from W. Fork of Walnut Creek extending N. 4.5 miles to SH-130 north. Construction is scheduled for 2029 with an estimated cost of $19 million.

5. Stephens Co. Lawton/Duncan “Y”: Intersection modification, adding a traffic signal. $900,000. The project may be advanced upon completion of design.

6. Stephens Co. SH-29: A 5.5-mile section of this highway is scheduled for reconstruction, including a bridge replacement over Black Bear Creek for $23.6 million.

1. Caddo/Grady Co. US-277: A 4-mile portion of this highway is scheduled for reconstruction from the eastern edge of Cement east to Middle Bills Creek for $13.44 million.

3. Stephens Co. US-81: Asphalt resurfacing from N. of Blackburn Rd., through Marlow, extend north to the Grady County line for $2.18 million.

Our infrastructure has improved significantly since the early 2000s, but continued investment in our roads and bridges is necessary for the economic health of our state.

Thank you all for the honor of representing you and House District 51 at the State Capitol. God bless!

Column: Prayer Without Action Will Not Protect ...