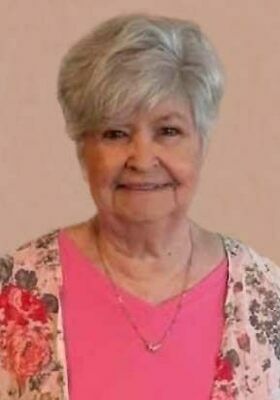 Funeral services will be held at 2 p.m. Thursday, October 13, 2022, at the First Baptist Church in Marlow, with Rev. Ron Maxfield, officiating. Burial will be in the Marlow Cemetery under the direction of Callaway-Smith-Cobb Funeral and Cremation Services in Marlow.

Pat taught school in Canton, OK, Sterling, OK, and Heidelberg, Germany, and completed her career by returning to Bray High School for 17 years. She also managed a fabric store and worked for PSO as a home economist. She and Joe made the Miller family farm their home after Joe retired from the Army. She was an active member of the First Baptist Church of Marlow, and the co-ed 2 of Cornerstone Sunday School Group. She was actively involved in organizing and distribution of the food bank at the Bray Senior Citizens. She also served as the treasurer of the Bray, Bray-Doyle Alumni Association, as well as chairwoman of their scholarship committee. Pat was a member of three bridge groups. While employed by the Bray/Doyle school system she was selected twice as Teacher of the Year.

She was preceded in death by her husband Joe, parents, sister, Phyllis Summers, brother, Jimmy Don Miller, and sister-in-law, Joan.