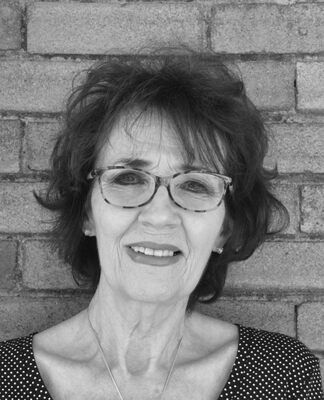 Do you consider yourself a Marlow Outlaw long-timer? When you look around this community, do you even think twice about how we became known far and wide as the Marlow Outlaws? In case you were born AFTER 1924, here’s a refresher. We could have been known today as the “Marlow Grey Wolves.” Doesn’t send the same short and sweet description of WHO and WHY we are does it?

How did we become the Marlow Outlaws? Well, until 1924 when Coach Jones S. Graves polled the student body we WERE the Grey Wolves – not the Marlow Outlaws. To have a look-back at what had been happening with the “movers and shakers” that made everyone so receptive to a new “branding” that year, we have this perspective through the 1916-1917 school term’s “Grey Wolf” yearbook.

“IS MARLOW PROGRESSIVE? There is not a wide-awake citizen in Marlow who does not answer involuntarily in the affirmative when he asks himself this question. Whether you affirm or deny this question it will not be amiss to point out a few of the many remarkable improvements now being made in our town.”

“In the past year Marlow has established a record that is not to be easily excelled. In this short period of time seven business buildings, six of which are brick, have been erected on Main Street. Among these are the Johnson Hotel, the Ice Plant, the Stanton Auto Co. building, the DeShazo garage. There are good prospects that the record for this year will even exceed that of the past year.”

“New bungalows are springing up everywhere. Both resident and business houses are being painted, repaired and remodeled. Trees are being pruned and concrete sidewalks are gradually being laid on the principal streets over town.”

“Our progress is not limited merely to buildings. The sewer system, which was voted last fall, is now being installed and will probably be completed by the first of July. This improvement is a necessity of unlimited importance.”

“The fire truck is an improvement of no less importance. Altho it has not been used yet, we feel that it will stand the test when the time comes.”

“The motor hearse, which was installed by J.F. Callaway & Co., at the beginning of the year, has also proved to be an invaluable asset to the town.”

“The Lyon & Matthews Lumber Co. are improving their lumber yard by building a new office and new sheds.”

“The Nyal Drug Store has been purchased by Foreman and Lauderdale. These new and progressive proprietors are remodeling and refurnishing the store with a view of making it first class.”

“Bill Moore and Onie Tapp have recently bought out the City Bakery and are proving to be capable proprietors.”

“Mr. Frank Miller will soon build a new theatre, having a seating capacity of five hundred, on the ground now occupied by Click and Zachary.”

“Mr. A.T. Chapel will move his confectionery to the brick building he contemplates erecting between Jno. Graham’s office and the Guaranteed State Bank.”

“Two new churches, the Methodist and Baptist, are going to be built in the near future. Neither one is to exceed $10,000 in cost.”

“Marlow people have the oil fever and are looking for each day to bring them the news that their oil investments have made them wealthy.”

“But, as we look into the future, we see other problems that must be solved. One, which has already presented itself to many people for consideration is the paving of Main Street. Although this may seem to some an arduous task, when you have studied the situation its dreadfulness almost disappears. Such an improvement would add to our town in almost every way. If you favor the movement PUSH IT.”

“If Marlow continues to improve as it is now being done we expect it, before many years elapse, to become a small city.”

And so we did, and now we are! Who are we? The Marlow Outlaws, of course!