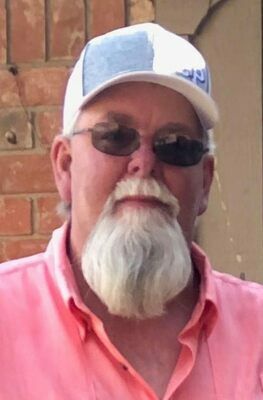 Brendon James Perkins was born March 18, 1969, in Marlow, Oklahoma, to Billy James Perkins and Marsha Devonne (Cowley) Bess. He died Tuesday, October 25, 2022, with his family at his side in Oklahoma City.

Visitation will be 5-7 p.m. Friday, Oct. 28, at Whitt Funeral Home in Duncan. Services will be 10:30 a.m. Saturday, Oct. 29, at First Baptist Church in Marlow with Pastor David Standifer officiating. Interment will be in the Marlow Cemetery under the direction of Whitt Funeral Home

Brendon graduated from Marlow High School in 1987. He spent his life raising Brangus cattle on his farm near Marlow. He was very creative with his building skills. He enjoyed using tractors, welding and driving his four-wheeler around the farm and Red River, New Mexico. He loved to grill. He was an avid OSU and Marlow football supporter and watched NASCAR racing. He was always willing to help anyone who needed help. Most of all, he loved spending time with his family and friends.

He was preceded in death by his father, Billy James Perkins; grandparents: Eldon and Billy Cowley and O’Dell and Dona Perkins; and uncle, Glendon Cowley.

Online condolences can be made atwww.whittfh.com.