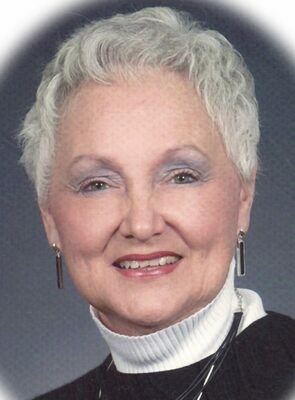 Peggy Sue Hulsey left this world on Nov. 16, 2022, after a short battle with cancer.

She was the daughter of Hi Byrd and Gus Renfrow Byrd.

A fourth-generation Marlowite, she was the granddaughter of Mac Byrd and Mary Ella Sparks Byrd and O.B. Renfrow and Bethany Tennessee Heath Renfrow.

Peggy attended OSU and joined the staff of the Marlow Review where she was a reporter and an integral part of the operation of the newspaper. She left the Review to become the Marlow City Clerk and then joined the Halliburton Legal Department. She was elected to Outstanding Young Women in America in 1965. She was active in many civic organizations. Peggy was well-known as a gracious hostess and a kind woman.

She is survived by her daughter, Kathy Hulsey of Marlow, her son and daughter-in-law Benjamin and Eileen Hulsey of Washington DC and Rhode Island, her granddaughter Sarah and husband, Time Ragan, of Boston, her granddaughter Natalie and husband, Michael Delmage, of Rhode Island and great-grandchildren Luca and Mia Delmage (in lieu of flowers please consider donations to the Garland Smith Public Library).

Funeral arrangements are private. Online condolences may be made to www.CallawaySmithCobb.com