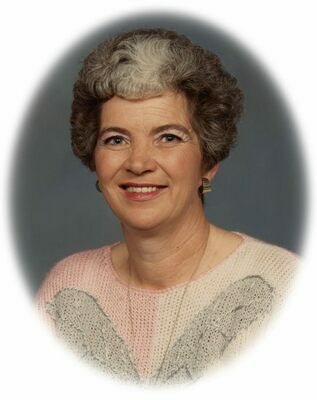 Burial will be in the Duncan Municipal Cemetery under the direction of Callaway-Smith-Cobb Funeral and Cremation Services in Marlow.

June was born Sunday, April 20, 1941, in Duncan, to J.D. and Grace (Cearlock )Harmeyer. She was a graduate of Bray High School and she lived in Bray until moving into town in 2005.

June started gardening in her backyard once she moved into town, and she loved to show everybody. She was the secretary for the Stephens County Election Board for more than 22 years. June was a longtime member of First United Methodist Church in Marlow. She enjoyed fishing, cooking, and bowling (even bowling a perfect game once!). June was deeply loved by all who knew her and will be greatly missed.

She was preceded in death by her parents.

Online condolences may be made to: www.CallawaySmithCobb.com