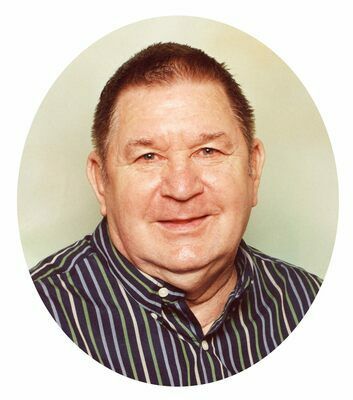 Services will be held at 10:30 a.m., Tuesday, January 3, 2023, at the Callaway-Smith-Cobb Chapel in Marlow, with Adam McConnell officiating. Burial will be in the Ft. Sill National Cemetery under the direction of Callaway-Smith-Cobb Funeral and Cremation Services in Marlow.

He was a graduate of Pleasantville High School in Pella, IA.

Kirk made Marlow his forever home in May 1973 and spent the majority of his life working as an auto mechanic. Kirk was a proud member of the United States Army from 1954 to 1966. While serving in the Army, he was awarded the Good Conduct Medal and a National Defense Service Medal. He was a member of the VFW, AMVETS, and DAV. Kirk enjoyed camping, working in his yard, and playing cards. He was known to have never met a stranger and would stop and talk to anyone he crossed paths with. Kirk loved his family deeply and valued any time spent with them, especially his grandchildren and great-grandchildren. His absence will leave a hole in the hearts of those who loved him and he will be missed by all.

Kirk was preceded in death by his parents.