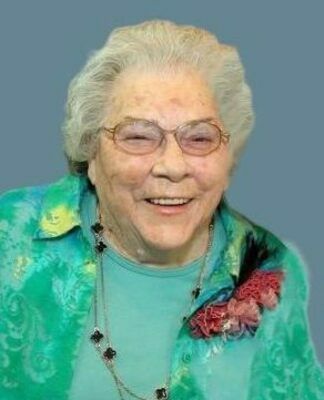 Helen ‘Bernice’ Dennis, 90, was born October 18, 1932 in Danville, Arkansas, to Henry Arthur and Jenny Mae (Hunt) Kimbrough. She passed away on Monday, January 2, 2023, at her home near Marlow, Oklahoma with her family at her side.

Bernice graduated in 1951 from Marlow High School. She married Bailey Bohannon Dennis on July 14, 1951 in Lawton. Their family was completed with the additions of their children – Carrol, Terry and Bruce. She was employed at Gregston’s Nursing Home doing one of her favorite things, cooking. She also loved reading and watching television. She enjoyed bowling early in life and served as a Girl Scout leader. Above everything, she enjoyed spending time with her grandchildren.

She was preceded in death by her parents; husband, Bailey; brothers: Jake Kimbrough, Vernon Kimbrough; and sister, Virginia Cannon.