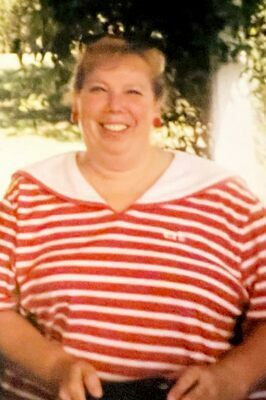 Ruth was born on January 1, 1949, in Greenfield, Massachusetts to Earl and Nancy (Leaf) Upton. She grew up in Cold Spring, New York where she graduated from High School and received her bachelor's degree in education.

She came to Oklahoma in 1976 to be near her sister and attended the University of Oklahoma and received her Oklahoma Teaching Degree.

She married Richard Ritter on July 8, 1978, and for the next 35 years, she taught almost every grade at Lincoln Elementary School before retiring. She and Rick moved to Marlow in the Summer of 1995. They were members of HOG Harley Owners Group and Ruth was a member of PEAL Professional Education Association of Lawton and she served as President of Alpha Delta Kappa Alumni Eta Chapter from 2014 until 2016. She was a great baker and cook and enjoyed quilting and ironing.

She is survived by her husband, Richard Ritter, of the home; her son and daughter-in-law, Thomas and Nicole Ritter, of Lawton, OK; her sister and brother-in-law, Sandy and Wayne Murphy, of Lawton, OK; her brothers and sisters-in-law, David and Mary Ann Upton, of Georgetown, Kentucky and E. Carl and Mary Jo Upton, of Poughkeepsie, NY; her grandchildren, Thomas Ritter and Wesley Ritter, both of Elgin, OK; and numerous nieces, nephews, and other loving family members.

She was preceded in death by her parents.