Athena Brownfield, 4, of Cyril, OK, was reported missing Tuesday, Jan. 10, 2023, but is believed to have been missing for days before the discovery. 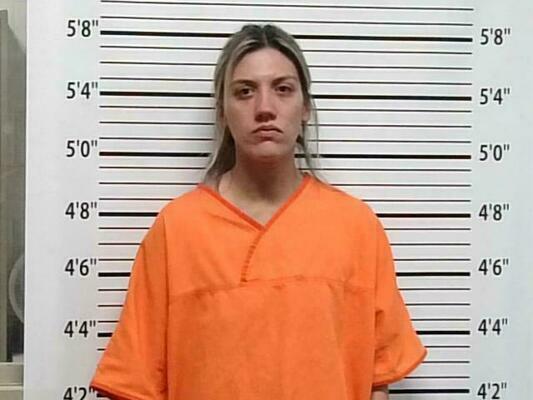 Alysia Adams was a caretaker for Athena Brownfield. She was arrested at the Grady County Sheriff's Office and booked into the Caddo County Jail earlier this week. 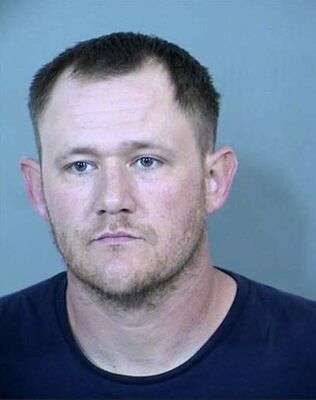 Ivon Adams has been arrested with possible pending murder charges in the disappearance of Athena Brownfield. He is one of two caretakers who were responsible for Athena.
Previous Next

There have been many developments since this story first broke Tuesday evening. This is the latest in OSBI's release of information, coming to us just before 9 p.m. today, Jan. 13, 2023. Cyril is located in Caddo County. Grady County is the next county east of Caddo County. Rush Springs is southeast of Cyril, about 16 miles. Rush Springs is also the town just north of Marlow in Stephens County. Evidence was found on Ivon Adam's cellphone. He also has military experience, and has a $1 million cash bond ordered by the court.

GRADY COUNTY, Okla. - The male suspect in the disappearance of Athena Brownfield, 4, is facing a murder count in Oklahoma. Ivon Adams, 36, is awaiting extradition to Oklahoma on one count of Murder in the First Degree and one count of Child Neglect. He was taken into custody yesterday Arizona and is currently in the Maricopa County Jail.

Alysia Adams, 31, was also arrested yesterday and remains in the Grady County Jail facing a count of Child Neglect.

Alysia and Ivon Adams were Athena's caretakers when she disappeared. Athena's five-year-old sister was also in their care. She was located Tuesday, January 10, 2023, near the Adams' residence at 225 W. Nebraska in Cyril. A postal carrier found the child and notified local police that she was unattended. The five-year-old is in protective custody.

This information was released by OSBI on Thursday:

CYRIL, Okla. (January 12, 2023) – Two days after being requested to assist with the Athena Brownfield missing child investigation, Special Agents from the Oklahoma State Bureau of Investigation (OSBI) make an arrest in the case.

Alysia Adams was arrested at the Grady County Sheriff’s Office booked into the Caddo County Jail at 4:12 p.m. on two counts of child neglect. The counts stem from the two sisters, four and five-years-old, who were in her and her husband’s care. The five-year-old was found Monday afternoon wondering outside Adams’ house on 225 W. Nebraska in Cyril. A postal carrier found the girl and notified police that she was alone.

The search for Athena continues. The OSBI is following every tip that is received, which are coming in from Oklahoma, as well as other states. In an effort to find clues as to Athena’s whereabouts, the trash service in Cyril. Additionally, analysts are reviewing surveillance video from around Cyril and seeking other evidence that can help locate Athena.

The OSBI is being assisted by multiple law enforcement agencies, as well as volunteers who have given much of their time in the search for Athena.

The Oklahoma State Bureau of Investigation (OSBI) continues efforts to locate Athena. Anyone with any information should contact the OSBI at (800) 522-8017 or email tips@osbi.ok.gov. You can remain anonymous.

There is no additional information to release at this time.