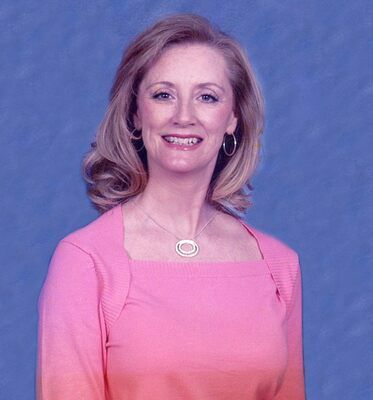 It is with the heaviest of hearts that we announce on Friday, January 13, 2023, Lisa Gay (Goodrich) Kimbrough passed from this earthly life and went home to be with her daddy and our heavenly Father at the age of 62.

A memorial to celebrate the life of this wonderful woman, daughter, wife, and mother will be held at 2 p.m. Monday, Jan. 23, at the First Baptist Church in Marlow.

Lisa was born the middle of three children on August 8, 1960, to Don and Gwen (Pollard) Goodrich in Pampa, Texas.

In 1962, her family moved to Oklahoma City, Oklahoma, where Lisa remained until graduating from Putnam City High School in 1978.

Ever the ambitious woman, Lisa went on to graduate from Central State University (now UCO) with a bachelor’s degree in marketing, which she put to work when she accepted a position with Fred Jones of Oklahoma City, later in life.

At 23, Lisa welcomed her first son and little partner in crime, Ray. She was a strong woman and a wonderful mother, working and raising Ray until their lives both changed for the best just a few short years later.

As we all know, Lisa’s personality lit up the lives of everyone that knew her like a firework in the sky, so it’s only fitting that she met her handsome husband on the 4th of July, 1988. While attending the Independence Day celebration at Redbud Park in Marlow, Lisa met Mike Kimbrough, her other half, and the man who would love her whole heartedly for the next 32 years.

Lisa and Mike were married on the 8th of June 1990, where Mike welcomed Ray as his own, and they later welcomed son Sam to complete their family in 1996.

Lisa and her family moved from Yukon to Marlow in 1996, where Lisa became a homemaker for the next 28 years.

Her adventurous spirit took the family across the United States for vacations to see the wonders of nature, and she often took souvenirs in the form of rocks home to display in her garden. She loved being a mom and sitting in the bleachers cheering on her sons at every sporting event, her screams of encouragement often heard all the way on the field, and supporting her kids through every extracurricular from drama to speech. She especially loved having a full house with her boys and all of their friends for lunches and events. Lisa loved painting, taking beautiful pictures around the Goodrich homestead on her walks with her pup Maudie, and fishing with her boys. Her passion for life presented itself in the way she loved those closest to her heart, with a fierceness felt by all those lucky enough to know her.

Lisa's humor was infectious, and her laugh was as ornery as it was contagious. To say Lisa will be missed is an exceptional understatement, and we will remember her magnetic spirit and beautiful soul until we are fortunate enough to be with her, again.

Lisa is preceded in death by her beloved daddy, Don Goodrich.

She is survived by her mother, Gwen Goodrich of Marlow, husband of 32 years Mike Kimbrough of Marlow, son Raymond Kimbrough of Yukon, son Samuel Kimbrough and fiancé Natalie Allsup of Oklahoma City, sister DeDe and husband Steve Hall of Yukon, brother Ken and wife Luvenia Goodrich of Edmond, and many cousins, nieces, nephews, and great nieces and nephews whom she cherished dearly.

In lieu of flowers, the family is asking for donations to Hearts for Hearing in memory of Lisa Kimbrough. Donations can be made onlineatwww.heartsfrohearing.org/donate or can be mailed to 11500 N Portland, Oklahoma City, OK 73120.

Online condolences may be made to: www.callawaysmithcobb.com