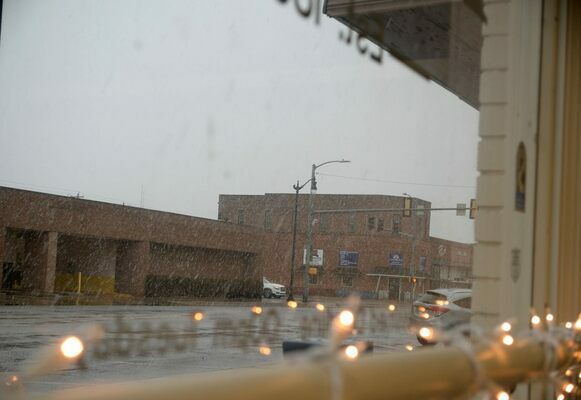 Snow began falling in Marlow, Oklahoma, around 9 a.m. Tuesday, Jan. 24, 2023, with no signs of it stopping anytime soon. As seen in this image of Marlow's Main Street, it began as a rain/snow mixture, and is now a heavy wet snow that is covering cars but melting on the roads and sidewalks. Photo by Toni Hopper/The Marlow Review

Snow began falling in Marlow around 9 a.m. today with no signs of it stopping anytime soon. Earlier, the Outlaws wrestling homecoming was cancelled by Newcastle because of the weather. Marlow Athletic Director Daryn Brantley also said that the basketball game scheduled to be at Lexington is also cancelled. Brantley said he is in the process of trying to reschedule the wrestling dual for next Monday and that a new date is in the works for homecoming and senior nights.

In some areas of far western Oklahoma, there is recorded snowfall of 6 to 8 inches along I-40.