Private school vouchers not in best interest of Oklahoma students 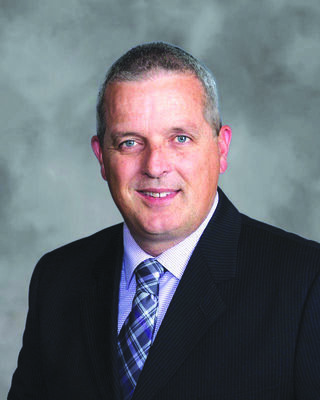 It is a long-standing practice in the United States, in Oklahoma, and in the city of Marlow for our government to collect taxes from citizens. The main purpose for doing so is to use those tax dollars to pay for government activities (roads, bridges, law enforcement, fire departments, military, parks, health departments, schools, infrastructure, etc.) which benefit the common good of citizens. How much an individual citizen benefits varies.

For example, I personally have never had to call the fire department to come to my residence yet I have paid taxes to support fire departments my entire adult life. One might argue I have not received any benefit for the taxes I have paid. I would disagree with that perspective. My tax dollars fund the greater good for our community whether I utilize the services or not. My taxes help pays for roads I may never drive on, health care services I may never use, and parks I may never visit. Funding for the greater good of citizens with our tax dollars makes our country, our state, and our city stronger. This is not a new concept yet some in our state’s capitol would have you think otherwise.

Governor Stitt is pushing a new plan related to education. He says the plan empowers low-income parents when in fact it does not. Governor Stitt’s school voucher plan takes tax dollars currently going to fund public schools and mainly allows parents who currently send their children to private schools to receive that tax money instead. He uses the phrase “the money should follow the student” and that sounds reasonable in theory. In practice, it is reckless. This plan removes tax dollars originally intended to support public schools. The impact will be public schools receiving less funding but still being required to educate very near the same number of students.

Obviously, the Governor can’t be that transparent about his plan. Instead, he will do what the Education Lottery and Medical Marijuana folks did -- distract you with half-truths. For example, the Governor says this bill is about helping low-income students get out of struggling urban schools. While that sounds like a worthy outcome, the proven reality in state after state where voucher bills have passed is this does not occur. There are two main reasons why this is the case. First, many of the private schools sell to prospective parents the fact they are exclusive. The reality is most private schools do not want the type of students trying to use vouchers to get in their schools. This is especially the case if the students are of special needs. Second, the amount of public tax dollars the parent would qualify to receive is roughly $4,000. When you take into account most urban private schools cost anywhere from $10,000 to $18,000 per year to attend, it is obvious the low-income parents he claims to be helping cannot afford the remaining cost to attend a private school.

Ultimately, what study after study has proven about voucher plans is the vast majority of students who use public tax dollars to attend a private school were students already attending a private school. Additionally, the education outcomes for those few students who manage to make the change from public to private have little to no education outcome improvements. At the end of the day, the main predictable outcome for implementing school vouchers will be this: private school parents get a tax payer scholarship and your local public school gets a budget cut.

Keep the Spirit of Christmas year-round