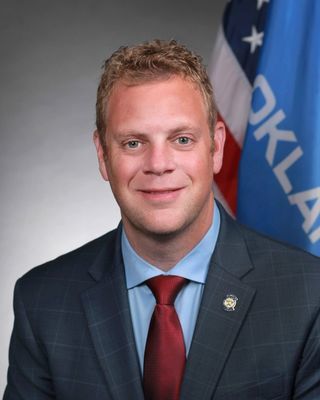 There’s no doubt that this year’s legislative session was especially challenging. We unexpectedly had to pause our session in mid-March due to the spread of COVID-19. While we continued to work back in each of our own districts, we had to adjust our timelines and expectations for what we could accomplish in the remaining weeks when we came back to the Capitol.
One of the most significant policy measures the Legislature passed was the nation’s first anti-red flag law. Several states have adopted or proposed laws that would allow a court to confiscate firearms or restrict gun access to law-abiding citizens who are deemed to be a potential danger without due process.
However, citizens purchasing a firearm already endure background checks, age regulations and other measures that may or may not deem them eligible to own a firearm. Senate Bill 1081, the Anti-Red Flag Act, would stop any action by the federal government or local or state authorities that would infringe on Oklahomans’ Second Amendment rights. I was proud to protect and support our Constitutional 2nd Amendment right to bear arms which seems to be under attack in some other states across our country.
Also passed into law this year was Senate Bill 1728, the Unborn Person Wrongful Death Act, which allows parents and grandparents of unborn children to seek damages against a physician if an abortion is performed without consent of the mother and without screening for potential risk factors.
The Act provides another layer of protection against unlawful abortions, and I was pleased to serve as a coauthor and see the bill signed into law.
Governor Stitt also signed a House bill that recognizes Israel as one of Oklahoma’s top trade partners and the nation’s greatest ally in the Middle East. House Bill 3967 specifies that unless exempted by the secretary of state, Oklahoma will not enter into contracts with companies that advocate boycotts, divestments or sanctions against Israel.
The bill recognizes Oklahoma’s relationship with and support of Israel as one of Oklahoma’s largest trading partners. Contracting with companies that refuse to deal with U.S. trade partners, such as Israel, or that make discriminatory decisions on the basis of national origin is risky and unsound trade practice. Similar legislation has been adopted by 26 other states, including our neighbor Kansas.
For the first time in 12 years, state retirees in six Oklahoma pension plans, including teachers, firefighters, police, public employees and justices and judges, received a cost-of-living adjustment (COLA). 12 years ago, our state pensions were in such bad shape that the Legislature made the decision to dedicate additional state revenue to the pensions, which made it a much more solvent pension fund.
Last year, the House overwhelmingly approved a COLA, which I was proud to vote for, but the bill stalled in the Senate over concerns about the health of state pension systems. After working together during the interim, however, we managed to pass House Bill 3350 to give a COLA while maintaining the health of our state pension systems.
In the 12 years since the last COLA for former state employees, the cost of health insurance premiums and other living expenses has risen. I’m thankful the Governor signed HB3350 into law to give our dedicated public servants some relief.
The Legislature also passed another bill that benefits rural Oklahomans. House Bill 4018 creates a 14-member council to develop a plan to improve availability, quality and affordability of high speed internet in rural areas of the state.
Unfortunately, rural areas lag significantly behind the rest of the country in access to high speed internet. The essential need for better broadband access became immediately obvious while students were unexpectedly asked to work from home for the remainder of the school year due to the COVID-19 pandemic.
I was honored to serve as a coauthor on many of these bills and was glad to vote for these strong conservative principles this year!
It’s an honor and privilege to serve House District 51 and please let me know if you ever have any questions or concerns that I can help you with. You can contact me at ‪(405) 557-7405 or ‪brad.boles@okhouse.gov. God bless!‬‬

From the Desk of Sen. Jessica Garvin: August 5,...