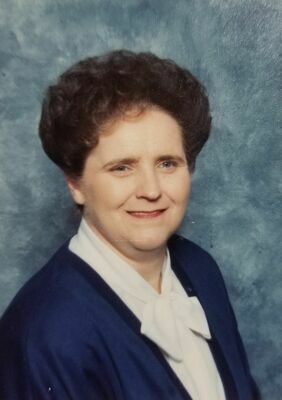 Donna Faye (McGuire) Griggs, 74, of Duncan passed peacefully away Monday evening around 7:00 pm at Elk Crossing Nursing and Rehabilitation home in Duncan. She will be cremated, but a celebration of her life will be held graveside on Friday, October 1st at 2:00 pm at Fairlawn Cemetery in Comanche, Oklahoma with Pastor Randy Southerland officiating. Donna was born July 13, 1947 in Duncan’s Lindley Hospital to William A. McGuire and Melba Jean Byford. She attended schools in Duncan, Meridian, and graduated from Velma Alma with the class of 1965. While in high school, she excelled at basketball, and was honorable mention All-State. (She had an unstoppable hook, both right and left handed!) She was married to Ricky Griggs, and together they had one son, Billy Charles Griggs. She was a single parent for many years, and raised Billy, where he graduated from Marlow High School in 1988. She worked at Bill’s Drive- In with her father for a number of years while attending USAO. After graduating from USAO, she worked for the Department of Human Services, both in the Oklahoma City and Duncan for 23 years before assuming a position with Adult Protective Services. She remained in that position until retirement. Donna loved going to the annual Byford Reunion and seeing all her aunts, uncles, and cousins. The Byford’s, as most people in Stephens County know, were for many years a force with a large, active family. She also kept her love of basketball and referred for a few years with her uncle Preston Byford. She was an animal lover, and had a dog named BooBoo for many years. Until failing health prevented her, she was active as a Woman of the Moose, Duncan Lodge No.2202. She liked crossword puzzles, and large picture puzzles. Donna was preceded in death by both her parents, and all of her grandparents, as well as many of her Byford and McGuire aunts and uncles. She was also preceded in death by a sister Debbie Aldridge earlier this year. She is survived by one sister Billy Jean and husband Chuck Murdock of Marlow. Other survivors include her granddaughter Katie Griggs of Ada grandson Cade also of Ada, two great-grandchildren Salem and Liam, along with nephew Mickey Murdock and wife Shauna of Owasso, and niece Kim Suttles and husband Eric of McAlester. The family would like to thank Elk Crossing and their compassionate employees for their above and beyond care, as well as Kindful Hospice for their loving care in Donna’s last days.