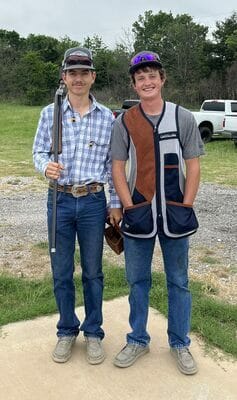 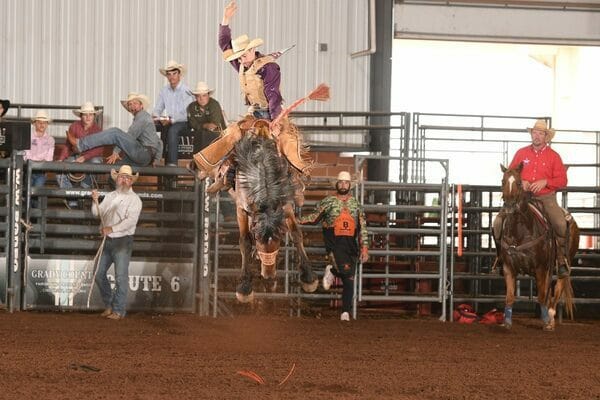 Two Marlow students will compete July 17-23 at the National High School Rodeo Association finals in Gillette, Wyoming. Korben Baker and Hunter Miller scored in the Top 4 in the state, qualifying them to compete at Nationals.

Both Outlaws will compete in Rifle Shooting and Trap Shooting, and Baker also qualified in Saddle Bronc Riding.

Featuring more than 1650 contestants from 44 states, five Canadian provinces, Australia, Mexico, and New Zealand, the NHSFR is the world’s largest rodeo. In addition to competing for more than $150,000 in prizes and over $150,00 in added money, NHSFR contestants will also be competing for more than $375,000 in college scholarships and the chance to be named an NHSFR World Champion. To earn this title, contestants must finish in the Top 20 – based on their combined times/scores in the first two rounds – to advance to Saturday evening’s final round. World Champions will then be determined based on their three-round combined times/scores.

This year the Saturday championship performance will be televised nationally as part of the Cinch Highschool Rodeo Tour telecast on RFD-TV. Performance times begin at 7pm on July 17 and competition continues daily at 9am and 7pm through July 23.

Along with rodeo competition and the chance to meet new friends from around the world, NHSFR contestants have the opportunity to enjoy family-oriented activities.