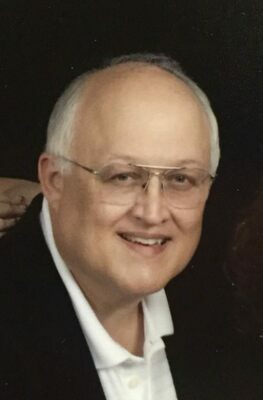 Charles Michael Dobey went to be with his Lord and Savior, Jesus Christ on Sunday, January 15, 2023, after a prolonged illness in recent months. He was 71.

If you asked a hundred people who Michael Dobey was, they’d all give you a different story. From a successful businessman to a dog lover, to an enthusiastic collector of movies and model trains. A beloved father, brother, uncle and husband. No matter the occasion, Michael had a story to tell.

Michael served on the school board in the 1990s, as well as being a member of the Midland West Rotary Club and a lifetime member of the Exchange Club of Midland. He was also an active member of First Baptist Church and served on the mission board for the organization Light for Uganda, an orphanage in western Uganda.

Michael grew up in the small town of Marlow, OK where he was the high school photographer and member of the debate team. He then attended Oklahoma State University in Stillwater, OK. While at OSU he met and married his spouse, Katie Newkumet Dobey in 1976. After graduation, Michael began a career in Information Technology at Cleary Petroleum before transferring to Eason Oil.

In 1978 Michael and Katie welcomed daughter Heidi A. Dobey. Michael was excited for Heidi to join him and Katie for a lifetime of adventures.

In the early 1980s Michael was offered and accepted a position to head up the Information Technology Department at Wagner and Brown in Midland, TX. He remained at Wagner and Brown until the late 1990s when he started his own IT business, External Systems, where he worked until his passing.

In lieu of flowers, donations may be made to Light for Uganda Orphanage

Arrangements are under the direction of Nalley-Pickle & Welch Funeral Home & Crematory of Midland. Online condolences may be made at www.npwelch.com.